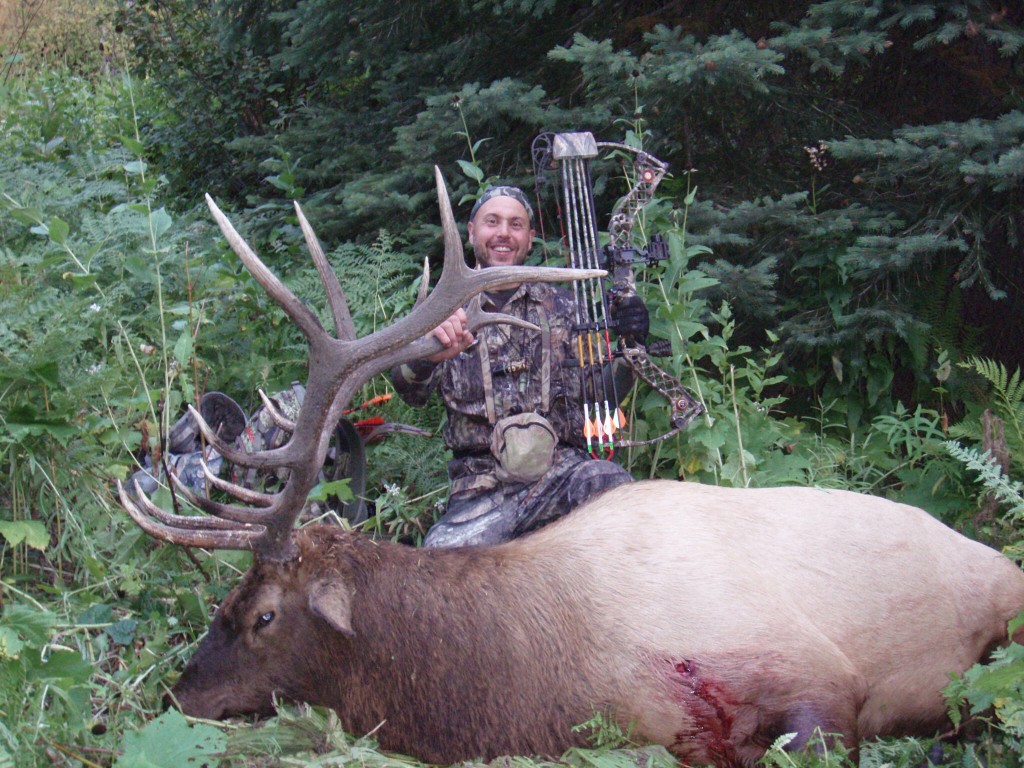 PAUL OCKERMAN is a lifelong resident who has hunted Roosevelt elk for over 40 years. He is passionate about hunting these incredible animals and equally passionate about teaching his skills and knowledge to those around him whether it’s his family and friends, through seminars, or during guided hunts. Paul has harvested 46 elk, the majority being Roosevelt elk taken with his bow, and he knows how to get the job done. Paul serves on the Olympia Chapter of the Rocky Mountain Elk Foundation committee.  Paul’s other obsessions include guiding for steelhead and salmon on Washington’s premier rivers. Check him out at: http://www.ocksfishingadventures.net 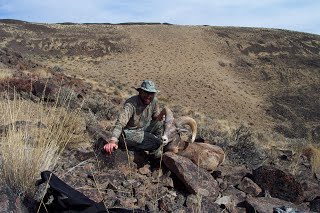 KEVIN CEURTER is a lifelong hunter from the east coast who moved to Washington and began hunting elk in 1999. He is a mechanical engineer and a graduate from the University of New Mexico. He has been married to his wife Sarah since 1997. He enjoys sharing his passion for the outdoors and spends a good portion of his time volunteering as a mentor in the Junior High Youth ministry at his church, as an instructor at Bushikan Judo Dojo, and in other organizations such as the Rocky Mountain Elk Foundation. He has a particular interest in sharing the experiences and lessons learned on an elk hunt with people with special needs. He was thrilled with the challenge to prove that elk hunting is not inaccessible to even someone in a wheelchair during the 2011 season when he and Paul assisted Melissa in taking her first bull elk. His wife Sarah is also a wheelchair user and if he can ever convince her to join the hunt he’d be ecstatic to put a bull in her sights too. Let him show you that no challenge is too great when a passion for adventure fuels your tank! 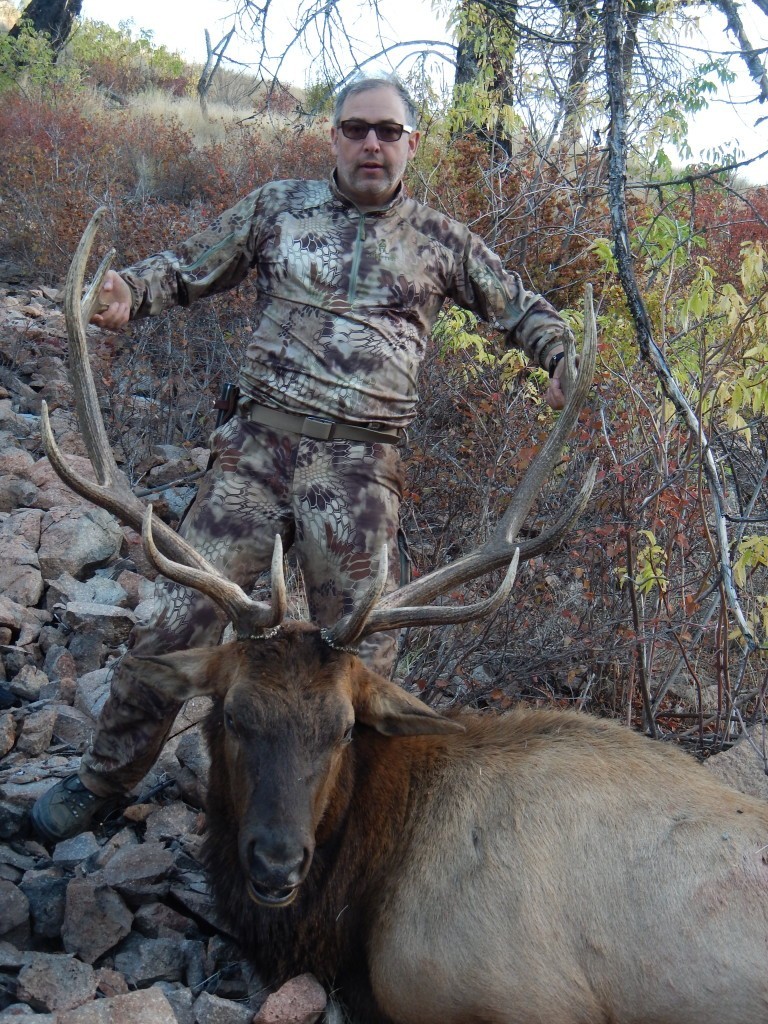 JOHN OCKERMAN is a die-hard elk hunter with over 45 years experience.  John is the owner and President of Ockerman Automation Incorporated. When he’s not working at his company or spending quality time with his family, he is in the woods hunting elk and guiding.  When you hunt with John you know you’ve hunted hard and he will do everything he can to get you on the elk.  REO is lucky to have John on our staff. 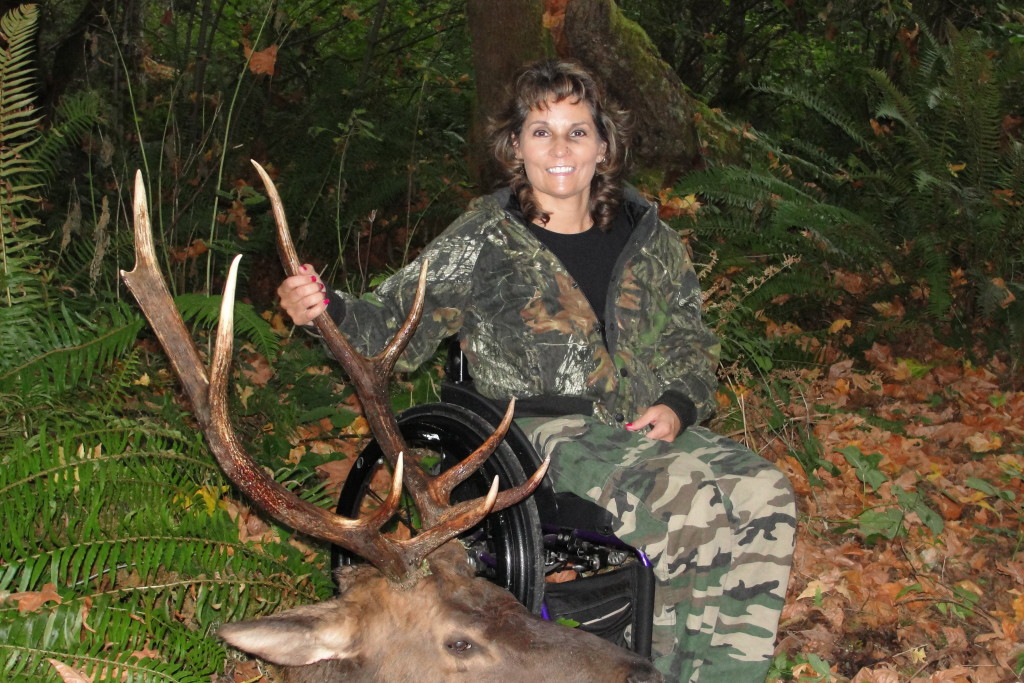 MELISSA is an integral part of the daily operations of the REO Lodge. She keeps the REO Hunters fed with incredible wild-game cuisine. Melissa works from dawn to dusk making sure all the hunters and guides have their daily breakfast, lunch, appetizers and dinner prepared just right. She also makes sure that the lodge remains clean and tidy, laundering hunting clothing as needed. Melissa loves to be involved in each hunt and wants to know the exciting daily details from the hunters upon their returning to the REO Lodge. She also serves on the committee for RMEF and loves to spend time outdoors hunting and fishing. 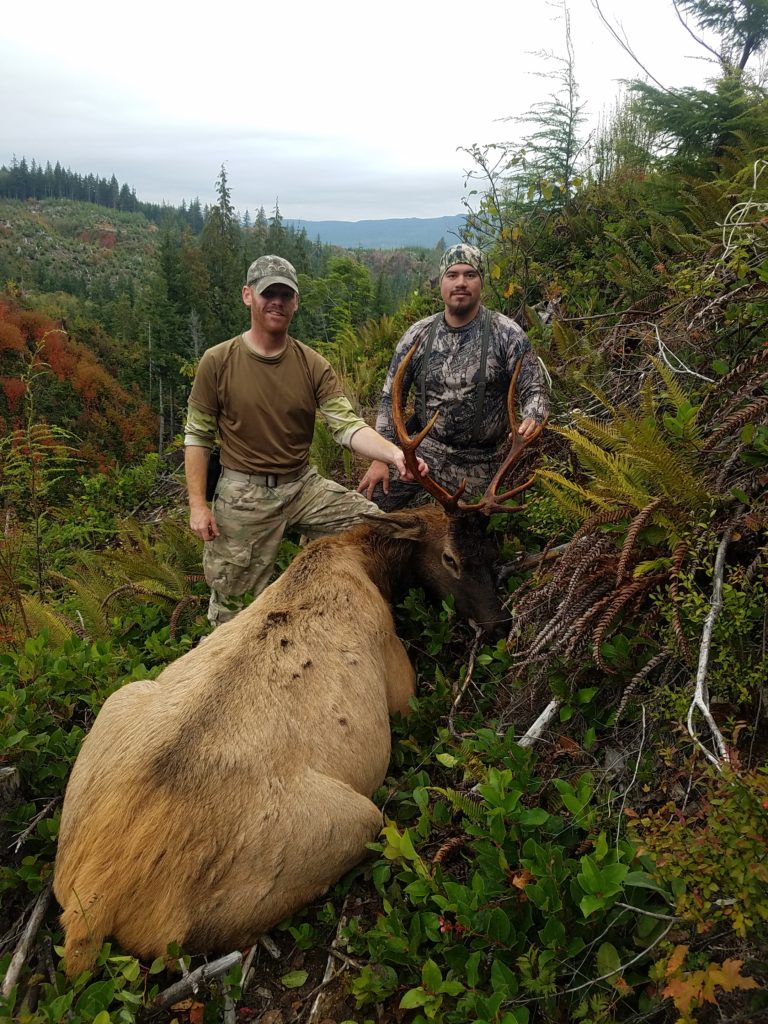 CHRIS BOXELL pictured on the right, is a true Pacific Northwest outdoorsmen, if he isn’t home with his wife and 4 children, he is in the woods searching for big game or fishing Washington’s premier rivers. Chris has been hunting his whole life and looks forward to passing down his love for the outdoors to his children and others. Chris’ passion for hunting is only shadowed by his enthusiasm and dedication to teaching others the skills and knowledge of the sport; it is truly fulfilling for him to be apart of someone else’s dream Roosevelt Elk hunt.